There’s currently a manhunt in SoCal for an ex-LAPD officer who’s targeting family members of corrupt LAPD officers.  As you read his manifesto you wonder if there’s any truth to the allegations of corruption within the ranks of the LAPD.  Regardless, whether his allegations are true or not, it certainly doesn’t give him the right to kill innocent people.

While the manhunt is the big news of the day, there’s another side news to it the whole saga that brings into question LAPD’s ability to protect civilians.  As I was driving to work this morning I saw the electric signs along the highway urging motorists to call 911 if they see the suspect’s grey 2005 Nissan Titan with the plate number 8D83987.  So now everyone’s on alert for that truck.

As the police officers fan out to protect the named officers’ homes, they come upon a truck that ‘fit the bill’ and starts firing.

First off, if you don’t know what a Nissan Titan looks like here’s a picture of a grey 2005 Nissan Titan… 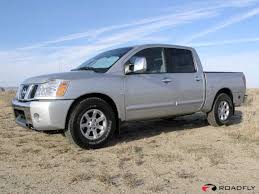 And this is the pickup the officers fired at

Which is a Blue Toyota Tacoma

There are so many levels of wrong to this side story.  First of all, let’s talk about the truck itself.

4. and I would go out on a limb to say, wrong license plate number

The story gets even more twisted.  The suspect is a 6’1, 270lb black dude, and guess who were in the BLUE Toyota Tacoma?  Two asian ladies delivering the morning newspaper.  Are the officers blind and dumb, or just f_ing reckless?

Now count how many bullet holes were in that truck.  I counted 36.  These officers were not trying to apprehend the suspect alive.  They were shooting to kill.  Luckily the officers were not sharp shooters because the ladies were able to walk away with non life threatening gun shot wounds.

I’m a law abiding citizen, and have never been in trouble with the law, but you know what?  I’m more afraid of the LAPD than I am of the suspect.  The competence of LAPD is severely lacking.  At this point, given the turn of event, I’m started to believe that there’s some truth to the suspect’s allegations.

And for the record, I hope the 2 ladies sue the LAPD to high heaven.

This entry was posted in CA. Bookmark the permalink.