So Much To Offer

I’ll admit, another reason why I haven’t been blogging much is because there’s just so much to do in Southern CA.  The weather is unbeatable, and if we weren’t such wanderlusts I could see us settling in SoCal for good.

J and I recently picked up tennis in our mid-life.  Neither one of us has ever really played any serious tennis in the past (I was so bad in college that one of my best friends refused to play with me), but given that the courts are just across the street, and Costco has been selling tennis rackets and balls, we could hardly pass up on such an opportunity.

While running at Huntington Beach this past weekend, we saw a crowd gather on the dog beach.  Unfortunately, we didn’t stop mid-run to check out what the fuss was about as I later found out that it was a dog surfing competition (check out the pics, they’re adorable)!

Finally, where else can you savor the food offered by the winners of The Great Food Truck Race?  On tuesday nights, the Lime Truck is parked only 5 miles from where we live. 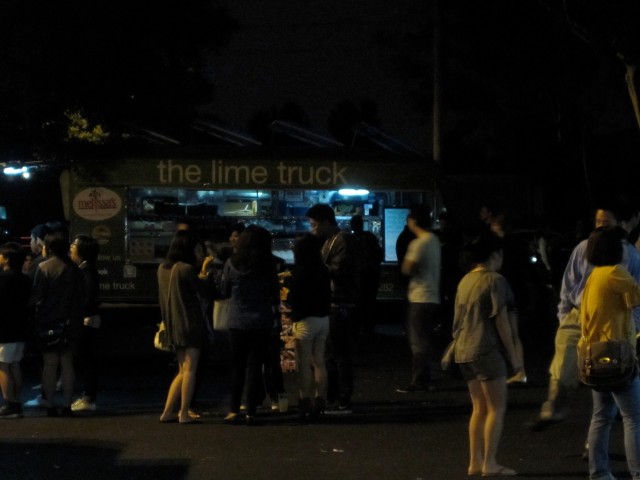 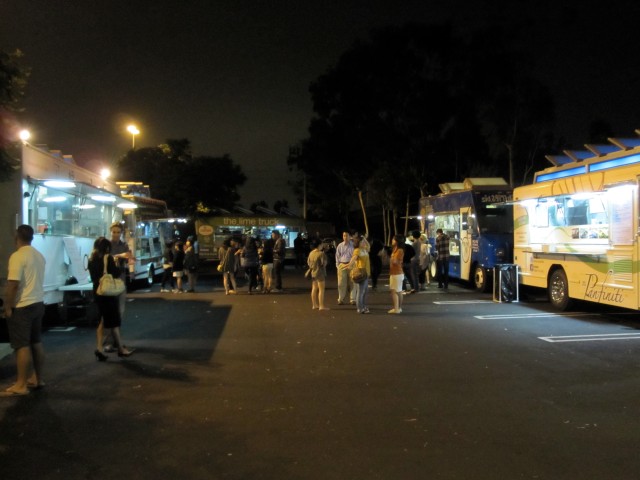 The CA culinary scene seems to have been taken over by food trucks. 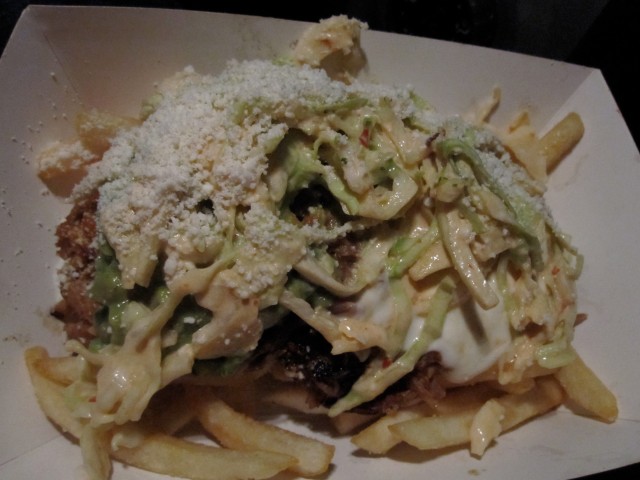 Carnitas Fries - Looks like a pile of vomit, but it is OH SO DELISH... 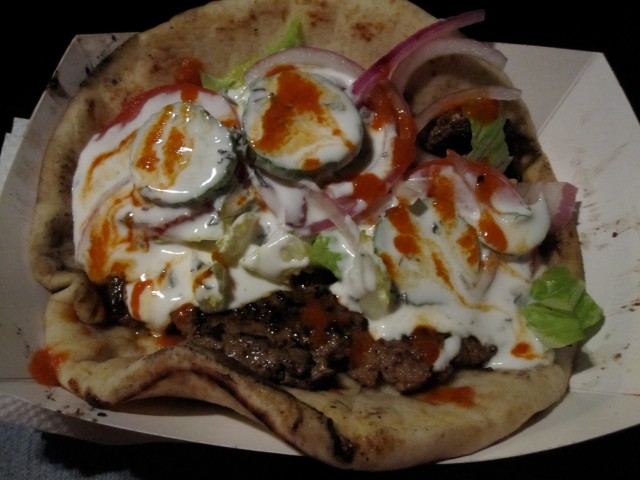 Unfortunately, J wasn't too impressed with his steak taco.

This entry was posted in CA, Costco, Restaurant Reviews. Bookmark the permalink.